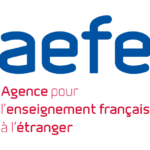 The Agency for French Education Abroad (AEFE), created by the law of July 6, 1990, is a national public organization under the supervision of the Ministry of Europe and Foreign Affairs (MEAE).

Issued by the Ministry of National Education, certification certifies the conformity of education with the requirements, programs, educational objectives and organizational rules of the French education system. It allows any student from a registered school to continue their education in any other French institution without admission exam.

In conjunction with its partners, the AEFE pilot a network of 494 establishments licensed by the Ministry of National Education and youth.

In 2016, the AEFE created an observatory for pupils with special educational needs. This observatory brings together elected officials, members of the General Inspectorate of National Education, the lay mission, federations of parents of students, associations of French nationals from abroad as well as representatives of the staff.

In 2018, nearly 15,000 students from French high schools abroad passed their baccalaureate, with 97.3% of them passing and 24.2% of them receiving honors. This record rate is one of the witnesses of the pedagogical excellence guaranteed to students by the 6,287 permanent staff assigned to the AEFE and the 30,000 local recruits within the framework of a civic and inclusive, multilingual and multicultural education. https://www.aefe.fr/